What Are The Greek Austerity Measures?

Recently I attended a presentation which talked about the current world economic situation. Although I am generally an optimistic person, I will admit that the outlook is grim.

In my opinion, the state of Greece and its debt is one of the most p

ressing factors on today’s world economy. Greece is weeks away from defaulting on its debt and declaring bankruptcy. An exceptionally high debt level combined with a weakened economy has Greece unable to make its debt payments.

The EU has offered an $179 Billion ($179,000,000,000) bailout package which includes writing down 50% of its debt. However, the bailout comes with the condition of Austerity Measures. Because the situation is so dire, these measures are severe. The general public is adamantly opposed to the imposed measures and Greece’s weak government has failed to act decisively.

Now, if I was facing bankruptcy, I would obviously understand that I would have to make sacrifices. And if my bankers would forgive one half of my debt for stepping up to the plate, I think I would do that. But, Greece is not a person, it is many people and the austerity measures affects each of them differently. A Greek person who just retired might have to take a 40% cut in their pension and be unable to find work to supplement their cash flow. That is why they take to the streets and rise up for their cause.

So, do you want to know what the Greek Austerity Measures are? If not, look at today’s Top 7 List.

END_OF_DOCUMENT_TOKEN_TO_BE_REPLACED

How to avoid Jet Lag 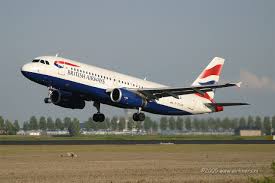 Desynchronosis, or Jet Lag for us common folks, is a physiological condition that all long distance, time-zone jumping travelers are forced to face.

Your dream vacation is planned.  Along with your spouse you hop on a plane in Calgary and jet over to Toronto.  From there it is over the “pond” to London and then on to Rome.  You have just covered 8 time zones and your body knows it.

As you settle into your hotel the headaches start.  Then fatigue hits followed by mild depression (a nice way to say you are really grumpy).  If you are lucky, you avoid the worked up digestive system.

The worst part?  For every time zone your cross it takes a day to fully recover.

Here is the good news.  You can do something about Jet Lag.  Here are 7 tips to try before, during and after your flight.

It is possible to change your meal schedule before you even leave for your destination.  Your body has a built in clock that revolves around food.  We know that it might be strange to eat your lunch at 8 PM but it will help your body adjust quicker.

Your body will thank you if your arrive to your flight rested and feeling great.  If you buddies want you to go out drinking the night before, this would be a good time to say NO.  A hang-over before you even leave home is no way to start the fight against Jet Lag.

END_OF_DOCUMENT_TOKEN_TO_BE_REPLACED

Interestingly enough, this week I received an e-mail that provided some comic relief during a stressful week.  I have used this e-mail to create today’s list of the Top 7 Doormats.  I could really use some of these…

END_OF_DOCUMENT_TOKEN_TO_BE_REPLACED

Today is the day.  It is October 31 and today is the day that North America unites and turns our kids into badly dressed little beggars.

Actually, it is not all that bad of a day.  As a child I remember the excitement that I felt as I got all dressed up in a unique costume and then I would hit the streets to collect candy from our neighbors.  When I got home after a couple hours of soliciting candy I would lay out all my loot on the kitchen table to assess my collection for that year.

I would first take out the stuff that I did not like.  Gone were the Fresh Fruit, Double Bubbles, Jaw Breakers and hard candies.  Those were for my parents to share.

Then the non-edibles were next.  Toothbrushes and UNICEF propaganda were politely placed in a location where I would never see them again.

Finally, as I stared at the giant mound of non-goodness in front of my, I would look for my favorite Halloween Treats.  These would get eaten first and never shared.

Our list today is a collection of my Top Halloween Candies of all time.  There are the treasures that I looked for.

I think everyone likes Candy Corn but it seems that few would be willing to admit it.  They are an addicting treat that sound healthy.  Sounds like the best of both worlds.

Fresh Twizzlers are the best licorice ever.  And these hollow flexible treats can double as a straw.

3.  Those Orange and Black Things

I have no idea what these are called but they are chewy, they leave you teeth, tongue and mouth all black and they are good.

Gummy Candy is all ways good.  Better yet when they are shaped like a foot or a brain.

END_OF_DOCUMENT_TOKEN_TO_BE_REPLACED

Posted by thetop7 on October 31, 2011 in Holidays and tagged candy, Halloween, treats.

A few weeks ago we posted the Benefits of Being a Man.

After much deliberation (and prompting from our wives) we decided that we needed to write a post dedicated to women and the uniqueness they bring to the world we live in.

Now we do not purposefully leave out the woman’s perspective when we write.  The reality is that as men, we are not capable or pretend to be able to write from the point of view of a woman.

For this reason our post today is a collection of observations that men make about the other gender.

2. The inaccuracy of every bathroom scale ever made.

4. Cutting your hair to make it grow.

5. The difference between beige, ecru, cream, off-white, and eggshell.

END_OF_DOCUMENT_TOKEN_TO_BE_REPLACED 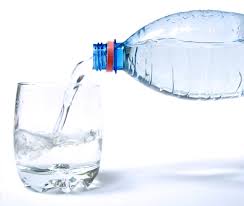 I have noticed a trend among the guys on the basketball team that I coach.  They all seem to be carry a water bottle around with them.

I asked one on the athletes why he carried water with him and he just looked at me and said, “I heard that drinking water was good for you.”

I pressed a bit more and asked, “How is it good for you?”

“It is supposed to keep me hydrated or something like that,” was his response.

Now I love his enthusiasm and I believe that his motives for drinking water are extremely pure.  Yet the reality is that he had no good reason to drink water other than the fact that someone told him it was good for him.

For those who know that drinking water is good for you but do not really fully understand the benefits, here are 7 reasons to drink more water.

Here is what this means.  If for one year you replace that daily Coke with a bottle of water, you will have cut 50,000 calories.

Everyone know this right?  Your body is 60% water and since you lose water regularly through sweat and other secretions, you need to replace it.  Water represents…

If you wake up in the AM tired it could because you water intake has been low.  Instead of reaching for that coffee in the morning, give water a chance.

END_OF_DOCUMENT_TOKEN_TO_BE_REPLACED

Marc Martel and The Queen Extravaganza 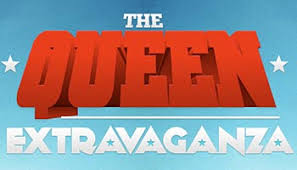 It was Christmas of 2008 when I first heard the Christmas Song “How Many Kings” by the Alternative Christian Rock Band downhere.

My wife and I were driving in our mini-van and in our attempt to get in the “Christmas Spirit” we sought out some holiday music.  As we tuned into our local radio station we heard downhere perform their Christmas hit.  I looked over to my wife and said,

Fast-forward 4 years and it is pretty obvious that I am not the only one who thinks that the lead singer for downhere, Marc Martel,  is a dead ringer for Freddie Mercury, the former front-man for the British Rock Band Queen.

In September of 2011 Queen drummer/songwriter/singer Roger Taylor decided he wanted to have put together a contest in which he would build a Queen tribute band to celebrate 40th anniversary of the Rock Hall-of-Fame band.  He called his project The Queen Extravaganza and began soliciting talent from across North America.

As auditions were opened for this amazing opportunity to become part of music history, video submissions began to flood in.  It seemed like everyone wanted the opportunity to play Guitar, Bass, Keyboards or sing Vocals for the upcoming Queen Extravaganza Tour.

However, it is one submission that has taken this contest to a new level.  It was the video submitted by Marc Martel from the band downhere that has caused a buzz in this competition.

Marc’s submission video has had over 4.5 millions hits to date.  With a voice and look that is erily similar to Freddie Mercury, it seems that people cannot get enough of this internet sensation.  Ellen even invited Marc to join her on the ELLEN DEGENERES Show.  There is no question that Marc Martel is the early front runner in The Queen Extravaganza which closes auditions on November 7, 2011.

Our list today is about Marc Martel.  Here are 7 facts about this amazing talent.

2.  Not only is Marc a talented singer, he is also capable of holding his own on the piano as well as guitar.